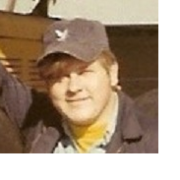 "I went to San Diego for boot camp in 1968. The length of training was supposed to be 9 weeks if you didn't get set back for any reason. The Christmas Holidays were coming up and the companies in front of us were given a ten day leave so they could…" 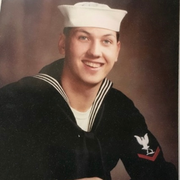 "I had a good time at Great Lakes in 1965, Camp Moffett, Camp Barry. I enjoyed everything except breakfast. I also enjoyed graduating early because of all the new recruits being trained and pushed through boot camp at that time. The war was just…" 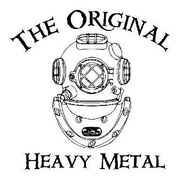 "I went to bootcamp in '75. it was 12 weeks. Then later some high ranking moron decided that bootcamp should be fun. For the next couple of years we had a rash of major disciplinary problems Navy wide and they wondered why. Gee ya think it might have…"

"Phillip, Glad you made it back. where you been?"

"I had been there maybe 2-3 months did my time mess cooking at the base galley..wasn't too bad...the Chief that ran the messhall was very concerned about the people assigned to him.Easy to get along with."

"Then there was the anti aircraft guns....
Standing on the Port side of the FD...gun swings left....gun swings right...goes to the center....standing there...just kinda relaxing a little bit...then the damn thing goes BOOM! When one is not expecting…"

"After 90 days of pushups locker and bunk inspections and taking classes on stuff I never ever used I graduated from boot camp.Only to get orders sending me back to Gt Lakes and ADCOM SECURITY...Gate Guard.
What was funny was the 2 gates on the boot…"

""ACTUALLY IIRC Washington is NOT known for having "Nice sunny days"which I found out to be true.63' IIRC the Sun was actually seen for 30 minutes in 63'or 64'...rest of the time it was raining...since the base was right on the West Coast we would…"

"Even tho I am currently ?? years old I DO NOT remember ANYONE ME INCLUDED doing anything even close to a clothesline watch..Not saying it wasn't done at all.The way I remember  washing uniforms was in the laundry room usually on the ground…"

"Some things I have "found"memories of..
The weather at Gt Lakes in the winter will make one think they are at the North Pole...
In the early 60's recuits were 1 step away from being POS...
Yes I could do 50 pushups although AFTER doing them I…" 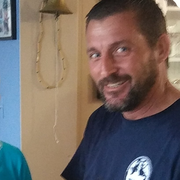 "The Armed Forces Reunions folks will definitely get the job done. Anytime you are planning a reunion you have to weigh the costs of planning vs paying a planner to do it for you. Both will get the job done.
I was the planner for the USS JOHN YOUNG…"

"62'-63' Spent this time at USNTC GT LAKES ADCOM SECURITY.
63' I get orders to NAS WHIDBEY...At that time the only thing ANYONE knew was the NAS WHIDBEY was up by Seattle..
Flew in from Chicago...get to Seattle ...at the time I got there there was…"

"Got this from the site I have NO CLUE who this person is...thinkin someones tryin to scam or screw me up...
How is everything with you, I picked interest on you after going through your short profile and deemed it necessary to write you immediately.…"

My family was not with me during the time I was in nor was I married 1 year USNTC ADCOM SECURITY 1962-1963... Got orders to VAH 6 NAS WHIDBEY IS 1963... Squadron was assigned to USS FORRESTAL @ late 1963 Around 1964 we were assigned to USS FORRESTAL and left on a MED CRUISE @ mid 1964..March 65' I was offered E 4 rate and was told I would have to got school for AVAITION MAINTENCE...Like a fool I turned that down and eventually took my HONORABLE DISCHARGE @ mid FEBURARY 1965...which was something I have regretted ever since