FIREPROOF.  It is about a young couple who experience that  their marriage is falling apart. There is anger, resentment, accusations, and disappointment. But God isn’t done with them, He’s just getting started.

The husband Caleb is a fire f ighter who often reminds his fellow fire fighters to enter a buring building in teams and NEVER  to leave their partner behind. Now he must learn the same thing in his marriage. Under the guidance of his earthly father Caleb receives wise help  in saving his marriage but until he meets his Heavenly Father his efforts fall short because his heart is not in it. At a critical point in the movie he receives from Jesus the new heart he needs.

I know some of you may think this sounds a little cheesy and sentimental but the movie does not present any of this in a simplistic or merely sentimental way. Caleb comes to the Lord only with difficultly and the breakthrough he experiences is both realistic and moving. His wife’s struggle too is powerfully and credibly depicted. 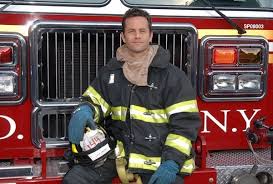