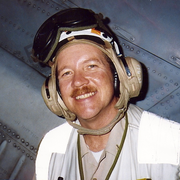 "My Father passed of lung cancer....even though he was a healthy guy 56 years after a brave 3 year battle with lung cancer...I have contacted a law firm that deals with this type of thing, You know those commercials I couldnt help but get mad. He was…"

"Did not work on them, but during flight testing they were launched in the Sea Range off the central coast of California, some I believe flown from Santa Catalina Island.
Here just outside of Vandenberg AFB was a flight path, where Tomahawks would go…"

"You started at Great Lakes the same Year as my Dad (passed) Mark A. Ogden...sept 72 was his start date... You didnt happen to know/serve with him?"

"Did you know anyone named Mark Ogden?? went by 'Stepchild" or 'Oggie""

"Mark Ogden Served From Feb 1976 to march 1978....Met and married his first wife, had 2 Daughters and started his life here before being shipped to USS Berkley in San Diego"

"Does anyone remember serving with a Mark A. Ogden??"

"Great place to be stationed....you missed eachother by a year....

"Thank you for your service and sacrifice.
"

"Mark A. Ogden Proudly served but gave up much to do so.  As his daughter and living with the effects.... He has passed on to a better place but know that you are not forgotten. There has been a whole generation (X) that will NEVER forget. it wasn't…"
More…
Loading ...